Let’s face it, there are days when getting up off the sofa and heading out the door feels like a big deal.

But finishing that draft, shipping your project, abandoning the usual in favor of the innovative, exposing a new concept to the world? Well, that requires fortitude, vulnerability, risk, the willingness to smile at fear.

I’ve been part of management teams that observed, studied and endlessly re-worked their plans while the competition sped past them.

I’ve become stuck in a swamp of procrastination, worried about abject failure or even the chance that people might see the (many) chinks in my armor.

I’ve sat at the bedside of a dying parent, afraid to tell them what I really felt for fear that I couldn’t handle the overwhelming emotions.

It’s almost always easier to do nothing. 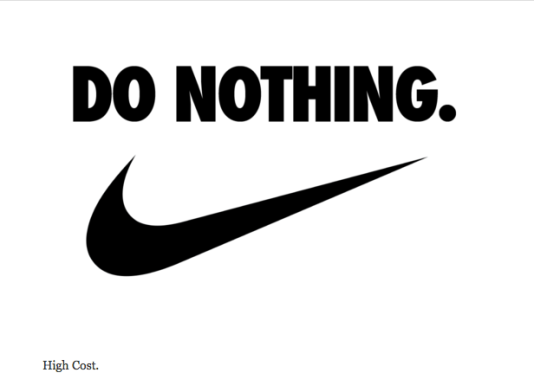