At some point, the clock stops for all of us.

The big one, the permanent one, the one that is both definitive and defining, will likely halt on its own terms. Despite our best efforts, despite our wishes and hopes that it might be otherwise, it is largely an immutable force.

Yet my guess is you know people for whom the clock has stopped when they remain very much alive. Maybe you’ve been there. I know I have.

The stoppage can be brought on by hopelessness or by The Resistance. We can remain stuck in resentment or paralyzed by indecision. We can avoid when we need to confront, hide when we need to leap, or simply decide to ride out the real or perceived storm. We can be the critic opining from the stands instead of the one in the arena.

It’s sad when we don’t realize we have a choice. And it’s sadder still when we don’t even realize the hands of our clock haven’t moved at all for quite some time.

Yes, accidents, medical conditions or other situations totally out of our control can come into play. Sure, we can be trapped or stymied by others. But more times than not, we’ve chosen to be the victim, to live in the past, to refuse to walk through our discomfort, to be a consumer not a producer.

If I were to die tomorrow, I would want to be certain that I’ve taken full advantage of the precious time that I’ve been given. That we’ve all been given.

The poet says it better than I:

When it’s over, I want to say all my life
I was a bride married to amazement.
I was the bridegroom, taking the world into my arms.

When it’s over, I don’t want to wonder
if I have made of my life something particular, and real.

I don’t want to find myself sighing and frightened,
or full of argument. 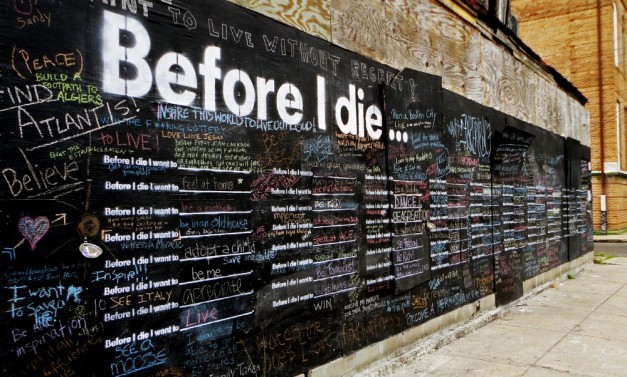 A version of this post originally appeared at http://www.stevenpdennis.com

One thought on “When the clock stops”