“Vulnerability is the birthplace of innovation, creativity and change”  – Brene Brown

I hope you are familiar with the work of Brene Brown. Brene is a shame researcher and the author of several great books on the power of vulnerability and the gifts of imperfection. She’s delivered two of the most popular TED talks of all time. She’s been on Oprah. She’s helped me change my life. Yeah, she’s kind of a big deal.

In her most recent TED talk, one of the many powerful things Brene said was this:

“You know what the big secret about TED is? I can’t wait to tell people this. I guess I’m doing it right now. (Laughter) This is like the failure conference. No, it is. (Applause) You know why this place is amazing? Because very few people here are afraid to fail. And no one who gets on the stage, so far that I’ve seen, has not failed. I’ve failed miserably, many times. I don’t think the world understands that because of shame.”

When I headed up strategy & innovation at a large retailer several years ago, I had a one-on-one session with the CEO to discuss a new venture my team was just starting work on. Maybe two minutes into our meeting he paused dramatically, looked at me very seriously and said “Steve, here’s the thing. We can’t fail. We can’t afford another (and here he mentioned a failed store concept from years ago which, as an aside, was doomed from the start by a number of bone-headed decisions). I don’t want to take any risk. None. Do you understand?”

Yeah, I understood. I was screwed. We were screwed. Needless to say, innovation, creativity and change were hardly the hallmarks of our culture during that time and any progress we made was, shall we say, not so easily won.

If you are committed to innovation, you are signing up for failure. It’s not being reckless, but it is accepting that failure comes with the territory. The key is not to never fail, the key is to fail better.

If you are committed to creativity, you are vulnerable to criticism. Any time you put something really new out into the world and say “here I made this” judgment (and perhaps outright hatred) is bound to follow. It can’t stop you.

If you are committed to meaningful change, you are almost certain to be walking straight into gale force headwinds. Vested interests and defenders of the status quo will fight you at every turn. Stay the course. In fact, perhaps it’s time to step on the gas.

It’s taken me a long time to learn this lesson–and frankly I still fight the battle every single day–but I know I do my best work when I push through my fear, when I allow myself to be vulnerable, when I accept that failure is inherent to any growth process.

I hope to see you at the next failure conference. Let’s sit right down front where everyone can see us. 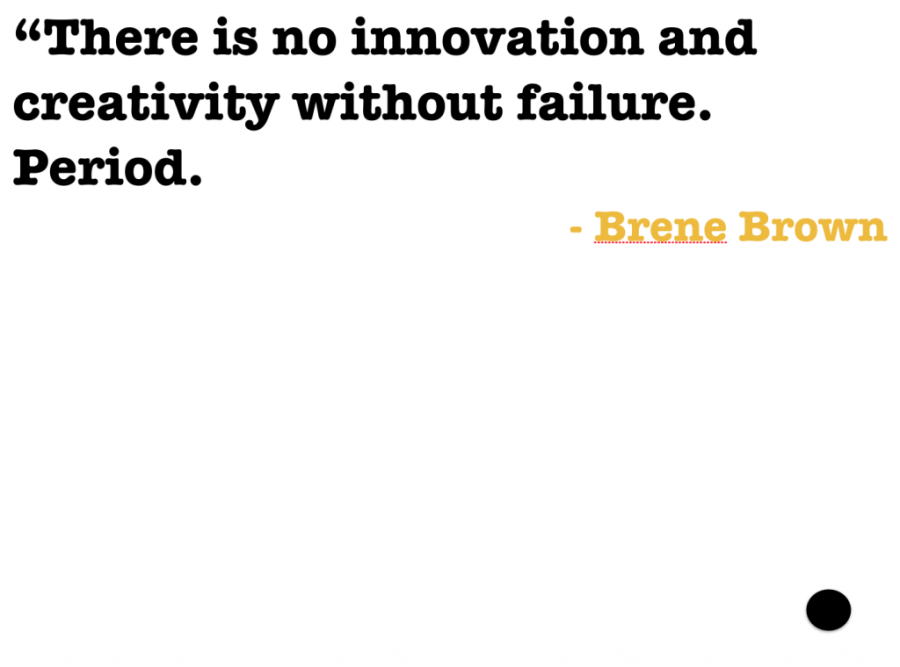 One thought on “Welcome to the failure conference”